The fundamental purpose of the ignition system is to supply a spark inside the cylinder, near the end of the compression stroke, to ignite the compressed charge of air–fuel vapor.

For a spark to jump across an air gap of 0.6 mm under normal atmospheric conditions (1 bar), a voltage of 2–3 kV is required. For a spark to jump across a similar gap in an engine cylinder, having a compression ratio of 8 : 1, approximately 8 kV is required. For higher compression ratios and weaker mixtures, a voltage up to 20 kV may be necessary. The ignition system has to transform the normal battery voltage of 12 V to approximately 8–20 kV and, in addition, has to deliver this high voltage to the right cylinder, at the right time. Some ignition systems will supply up to 40 kV to the spark plugs.

Conventional ignition is the forerunner of the more advanced systems controlled by electronics. It is worth mentioning at this stage that the fundamental operation of most ignition systems is very similar. One winding of a coil is switched on and off causing a high voltage to be induced in a second winding. A coil-ignition system is composed of various components and sub-assemblies, the actual design and construction of which depend mainly on the engine with which the system is to be used.

If two coils (known as the primary and secondary) are wound on to the same iron core then any change in magnetism of one coil will induce a voltage into the other. This happens when a current is switched on and off to the primary coil. If the number of turns of wire on the secondary coil is more than the primary, a higher voltage can be produced. This is called transformer action and is the principle of the ignition coil.

For optimum efficiency the ignition advance angle should be such as to cause the maximum combustion pressure to occur about 10 ° after top dead centre (TDC).

The ignition timing has a significant effect on fuel consumption, torque, drivability and exhaust emissions. The three most important pollutants are hydrocarbons (HC), carbon monoxide (CO) and nitrogen oxides (NOx).

The HC emissions increase as timing is advanced. NOx emissions also increase with advanced timing due to the higher combustion temperature. CO changes very little with timing and is mostly dependent on the air–fuel ratio.

As is the case with most alterations of this type, a change in timing to improve exhaust emissions will increase fuel consumption. With the leaner mixtures now prevalent, a larger advance is required to compensate for the slower burning rate. This will provide lower consumption and high torque but the mixture must be controlled accurately to provide the best compromise with regard to the emission problem. Figure 8.2 shows the effect of timing changes on emissions, performance and consumption.

Seals electrodes for the spark to jump across in the cylinder. Must withstand very high voltages, pressures and temperatures.

Stores energy in the form of magnetism and delivers it to the distributor via the HT lead. Consists of primary and secondary windings.

Provides driver control of the ignition system and is usually also used to cause the starter to crank.

Shorted out during the starting phase to cause a more powerful spark. Also contributes towards improving the spark at higher speeds.

This means that the ignition system per se is not likely to develop further in its own right. Ignition timing, however, is being used to a greater extent for controlling idle speed, traction control and automatic gearbox surge control. 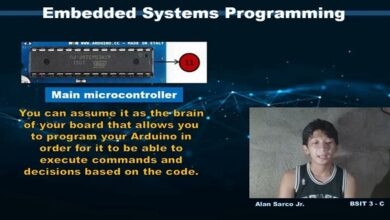 Arduino: The Brains of an Embedded System 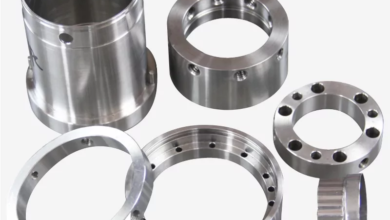 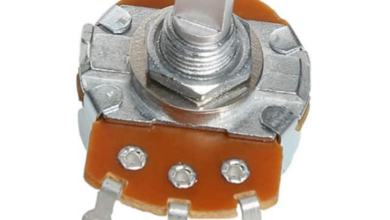 The Benefits Of GFOOKIC As An Electronic Components Distributor